Welcome to our colourful world!

Over the past few years, the Joinery has collected some outstanding artwork by talented artists. These beautiful murals are definitely worth coming here to see with your own eyes! 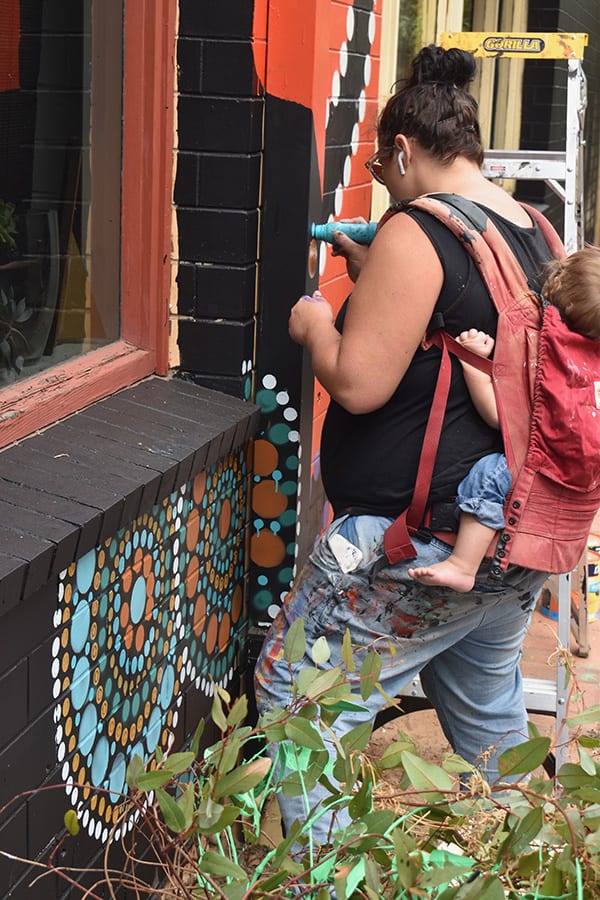 Major ‘Moogy’ Sumner is a well-known Ngarrindjeri Elder and ambassador for Ngarrindjeri arts, crafts, and culture. Major Sumner is also a renowned performer and is passionate about connecting his community with traditional art.

This stunning mural on our northern wall was painted by Elizabeth Close and Kaymist4 in March 2018 for the SANAA Festival, which aims to build cultural bridges between Australia, Africa and Latin America.

“This mural is about current societal attitude, only allowing nature to exist in contrived unnatural shapes to meet our needs, no longer allowing for diverse natural processes to be supported,” said artist Melanie Spurling (Melamorphic Images). This rhythmic, vibrant mural is located outside near the Common Ground Community Garden. 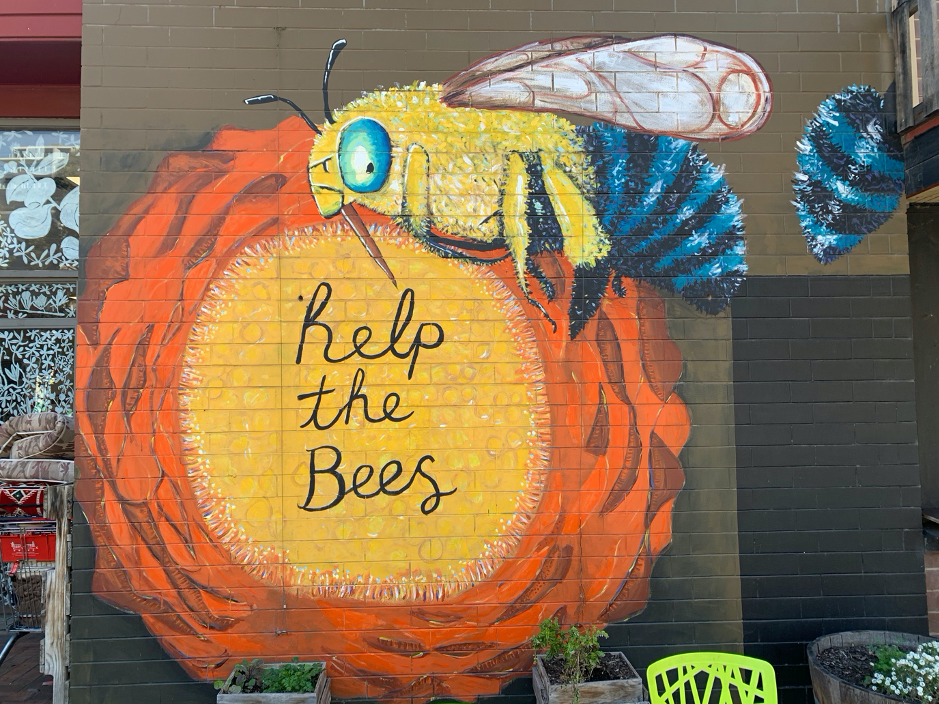 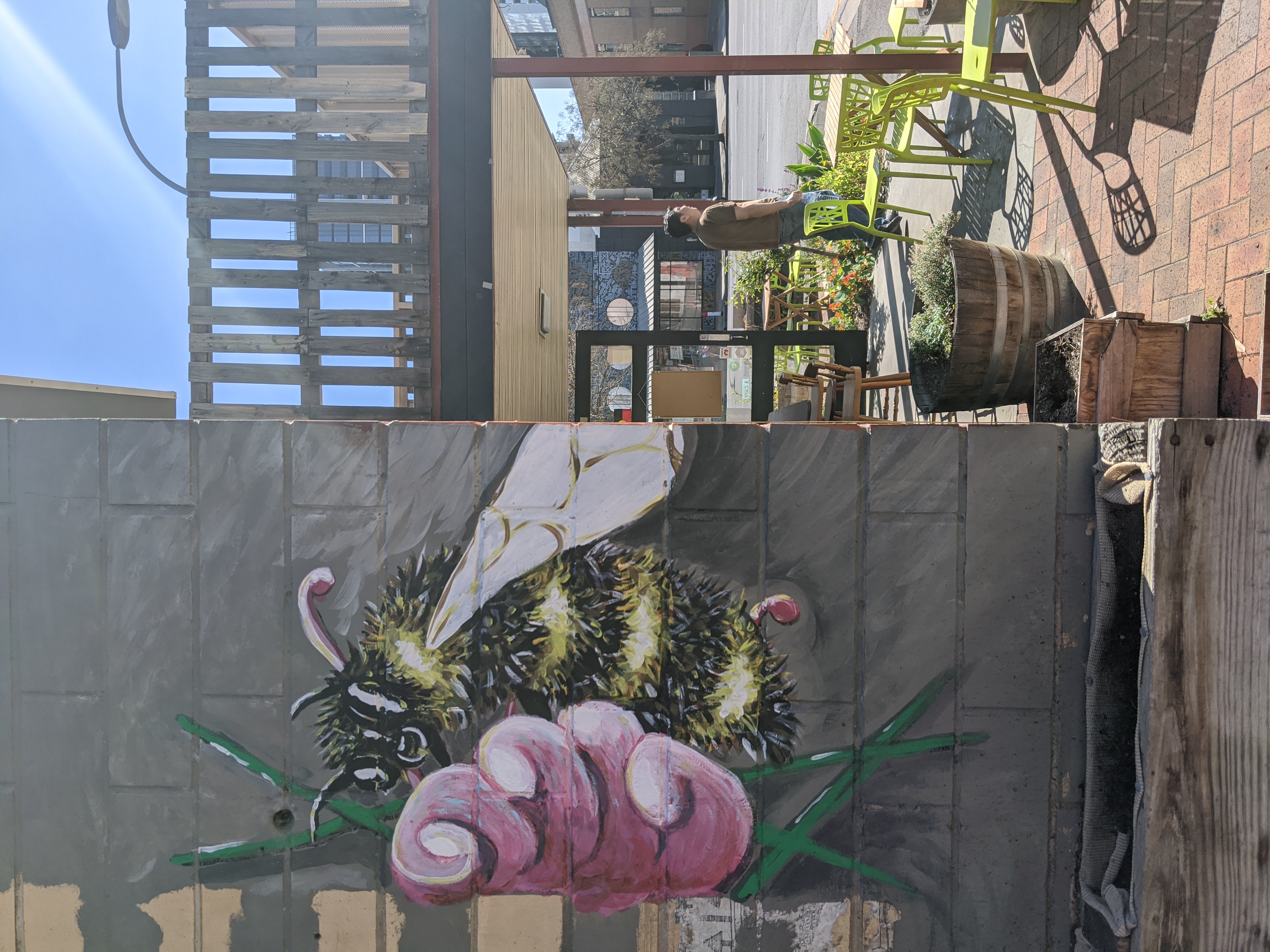 This mural was painted by artist Tracey Davis in September 2018 for her research project at the University of South Australia, telling tales about bees through art, design and storytelling.

Bees are an important part of our environment and Tracey’s work aims to engage the community in the conservation of these amazing creatures.

Artwork inside the Joinery: Walter Kenyon 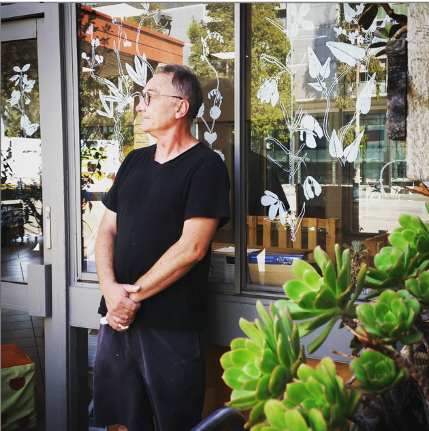 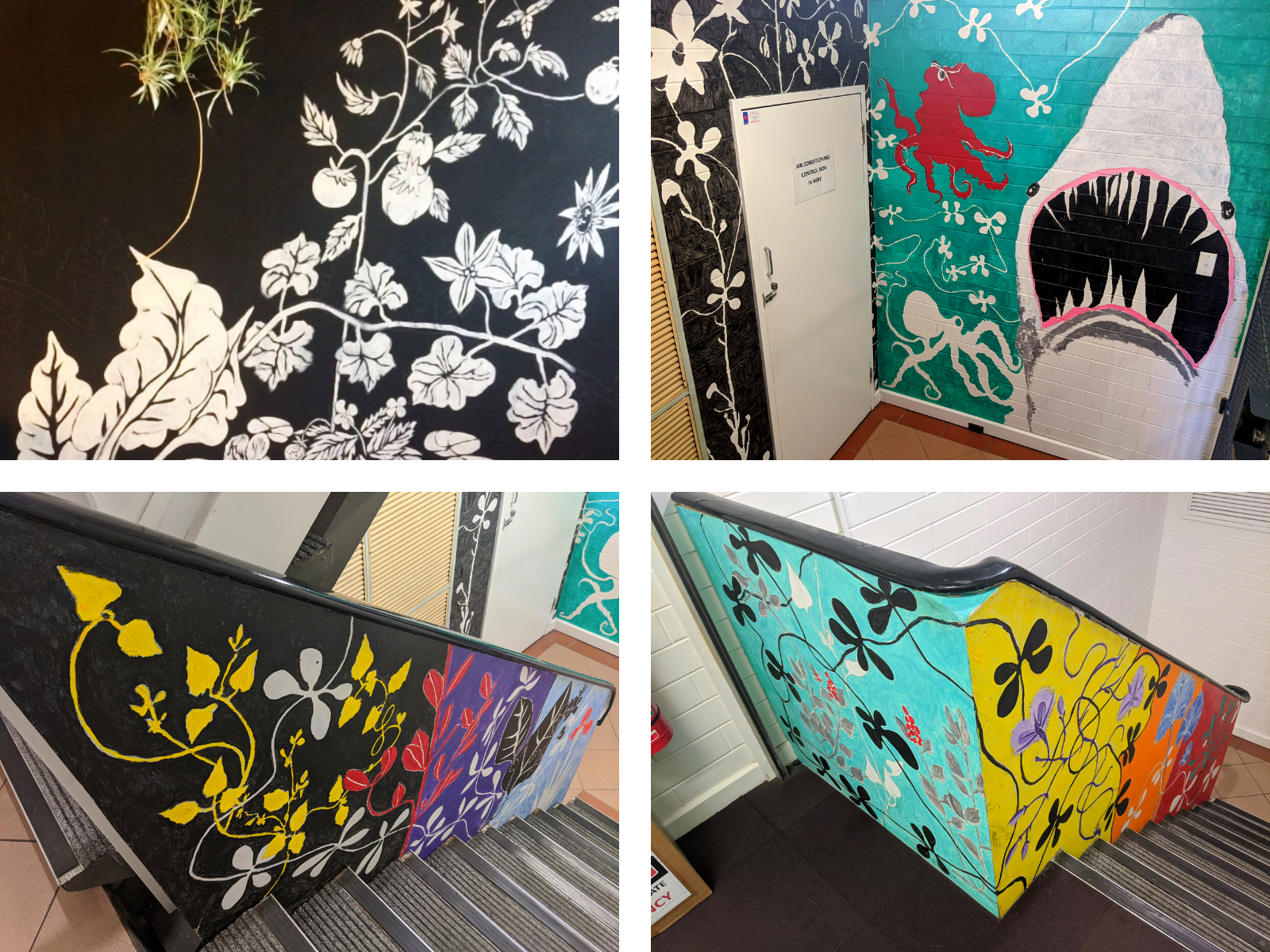 Painted by acclaimed artist and former volunteer Walter Kenyon, this series of botanical and marine murals throughout the Joinery and the Foodprint Experience Cafe were inspired by the work of our host organisation Conservation SA. 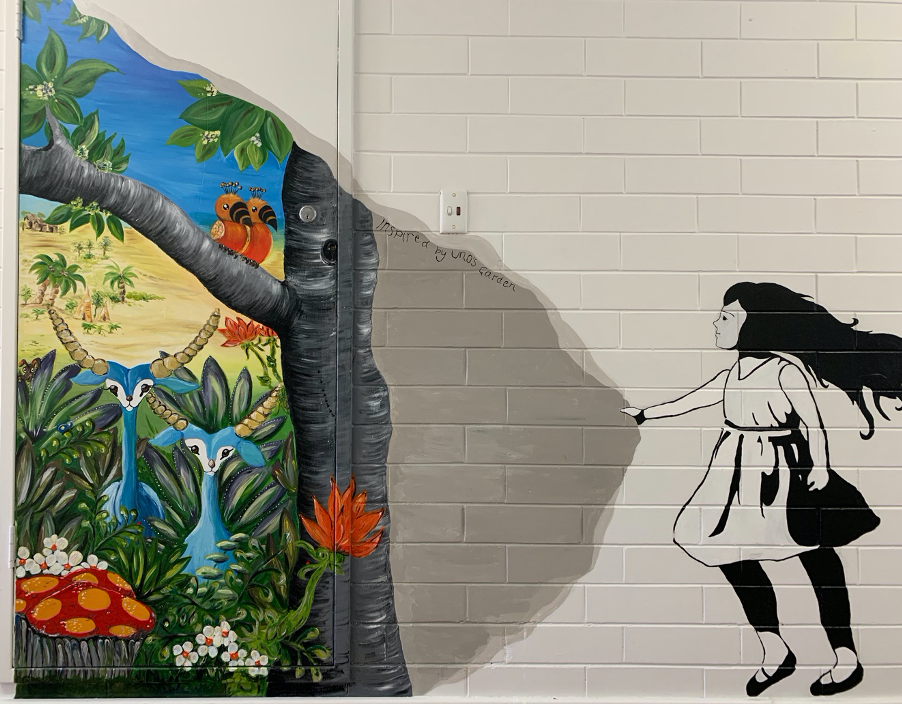 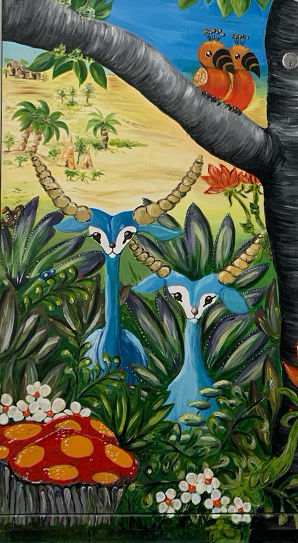 Inspired by street artist Banksy, then-16-year-old Georgia James completed this mural in 2017 under the guidance of designer/artist Celine Line. A colourful feature of our ground floor hallway, the artwork was inspired by Uno’s Garden, a children’s picture book written by Graeme Base.

Mural of Lupita Nyong'o: Bankslave and Vans the Omega 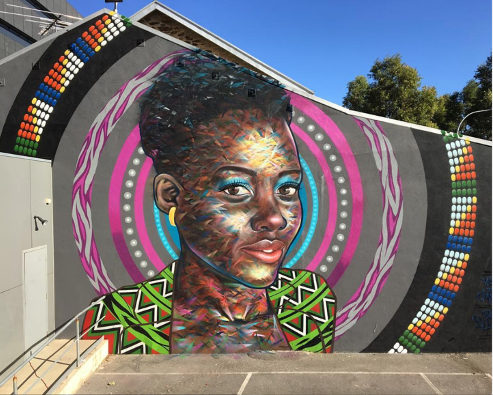 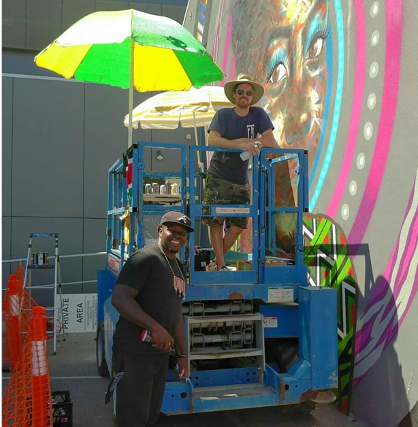 Over a period of three days in March 2018, artists Vans the Omega and Bankslave painted this mural of actress Lupita Nyong'o for the SANAA Festival in March 2018. Highly influenced by graffiti and urban artwork, Vans the Omega has been travelling the world to showcase this unique art style for over two decades. Kenyan street artist Bankslave – known as the 'King of Graffiti Art' in his home country – travelled to Adelaide for the festival, which aims to bring together creatives from Australia, Africa and Latin America.

The mural is located across the electric car charging station in front of the Joinery.

More art around the Joinery!

Since the Joinery was founded in 2015, we've had some incredibly talented volunteers creating art around our garden and external areas. There's something almost everywhere you look! Here are just a few of the wonderful pieces they've created over the years:

You can pop into the Joinery during our opening hours between 9am to 5pm weekdays to see internal artworks, but many murals are located on external walls, so can be viewed anytime!