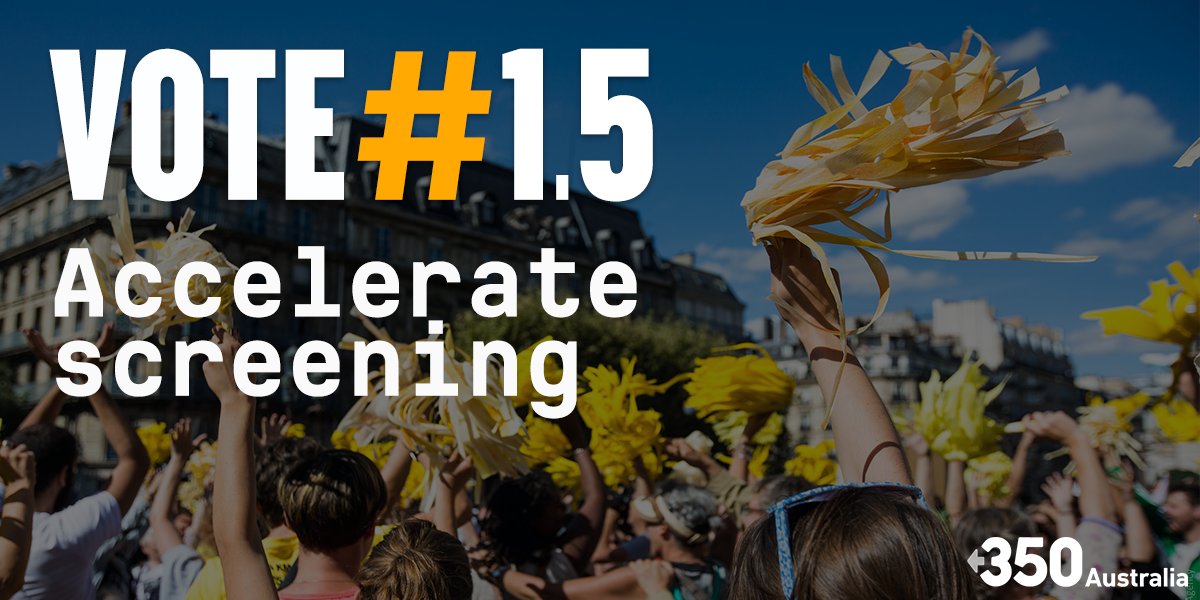 Accelerate follows one of the world’s most internationally recognised environmentalists, Bill McKibben, on his recent tour of Australia, where he inspires government, business and community to accelerate action on climate change.

A collaborative effort between Emma Hudson (Director), John Collee (Screenwriter of Master and Commander, Happy Feet, Hotel Mumbai) and Blair Palese (CEO of 350 Australia), Accelerate follows Bill McKibben, the founder of 350.org, during his 2017 tour in Australia as he demands that our government, businesses and communities accelerate climate action.

Bill, the co-founder of international organisation 350.org, is widely considered to be one of the most acclaimed environmental writers and activists in the world.

Bill McKibben’s 1989 book The End of Nature is regarded as the first book for a general audience about climate change, and has appeared in 24 languages, and he’s gone on to write a dozen more books. By founding 350.org, McKibben grew the first planet-wide, grassroots climate change movement, which has organised twenty thousand rallies around the world in every country save North Korea, spearheaded the resistance to the the Adani coal mine, the Keystone Pipeline, and launched the fast-growing fossil fuel divestment movement #FossilFree with more than 1000 divestment partners adding up to almost $US8 trillion.

During his time in Australia, he visited five states in just eight days, saw the devastation caused by ocean warming on our Great Barrier Reef, visited Newcastle to meet with union and government officials in the heart of the world’s biggest coal export port, and saw some of the low carbon solution projects underway in Adelaide.

Throughout the tour, Bill had three key messages: we need to stop all new fossil fuel projects, switch to 100% renewable energy, and make sure not a dollar more goes to dirty energy.

Accelerate tells us – and shows us – we don’t have to accept the status quo. People power is the only thing that can stop the worst impacts of climate breakdown. We can keep fighting until we’ve won. Every level of society needs to be involved for us to Accelerate climate action. Every person has a role to play. Because to change everything, it takes everyone.